Home Dumbo The Most Instagrammable Neighborhood in America, Before It Was Cool

The Most Instagrammable Neighborhood in America, Before It Was Cool 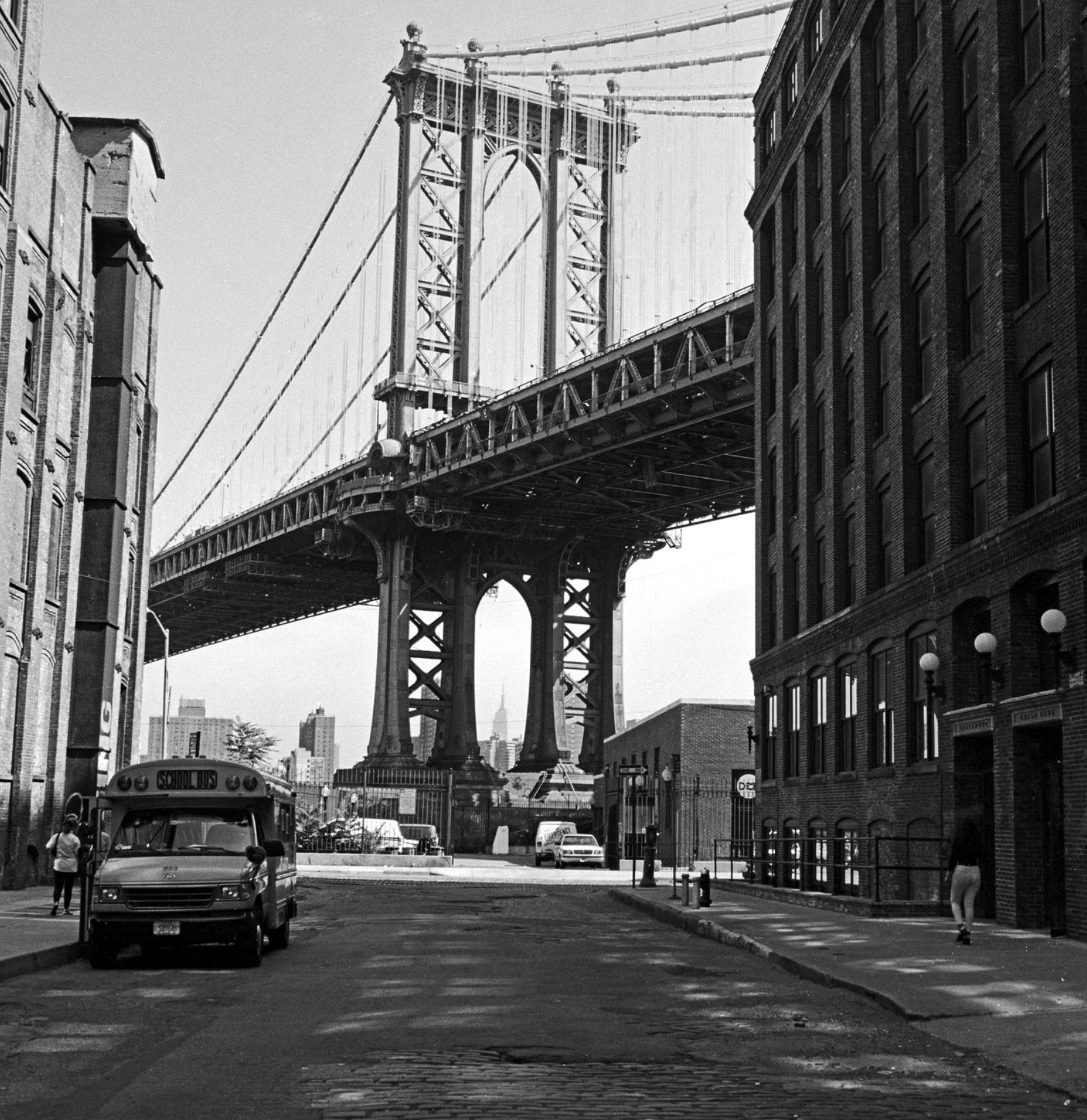 Used between list items, there is a space after the comma.Dumbo 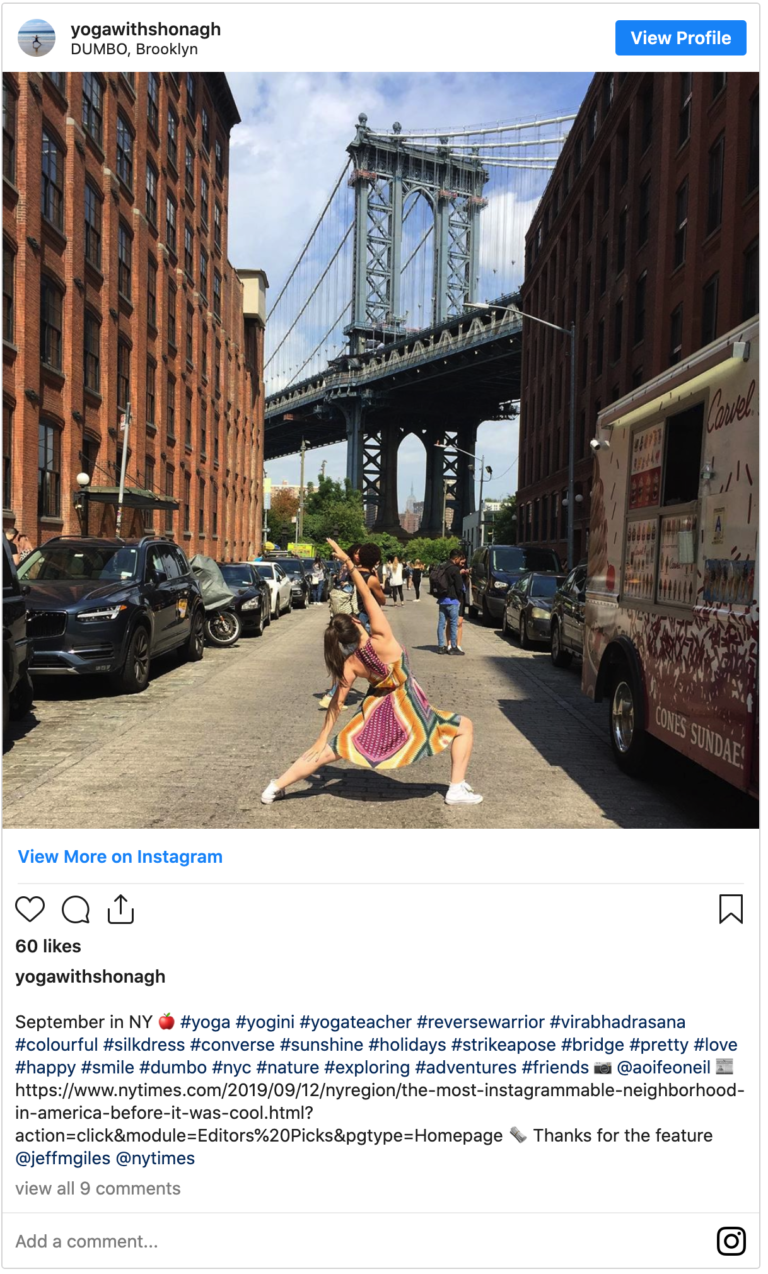 Walter Benjamin, the German culture critic who famously warned that artworks lose their “aura” when they’re reproduced endlessly, may not be spinning in his grave, but he is almost certainly chain-smoking down there.

And yet, improbably, that particular view from Brooklyn still feels like an artwork when you encounter it in person. When you turn from Water Street onto Washington Street and the bridge suddenly rises up, it’s an arresting, pulse-quickening sight, like the scene in sci-fi movies where you first glimpse a little — just a little — of the huge monster or alien as it scuttles between buildings. You can even see the Empire State Building across the East River, small as a souvenir, between the bridge’s pillars. In another context that might be the whole show. But because of the scale of the vision before you here, it’s just a grace note.